Confirmed! Your order fitbit Sense / Versa 3 watch bands will be compatible on Fitbit Sense 2 / Versa 4. Here is a compatibility list and our collection of fitbit watch bands:

Check out our heavy nylon bands for apple watches!

Seiko watch is the most popular and easy access in the mod community, Seiko SKX007 and SRPD series are the leader of Seiko mod. Seiko Turtles follow closely as the easiest to mod for those joining the world of aftermarket watch modification.

Basic mod on Seiko is not that difficult, pretty straightforward, just gotta figure out where to source the parts, the dial probably being the hardest part to find. Only changing the watch band will make a hug difference on your stock watches. Take your time, watch a lot of videos on how to do it (lumeshot is pretty good on youtube) 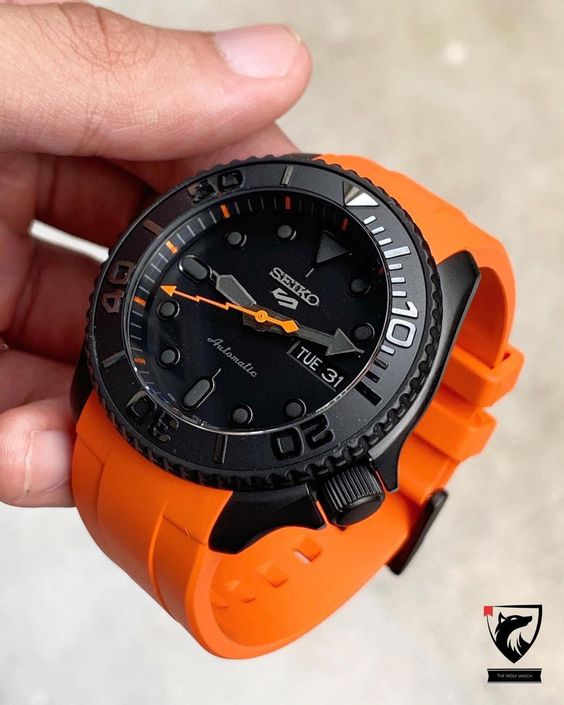 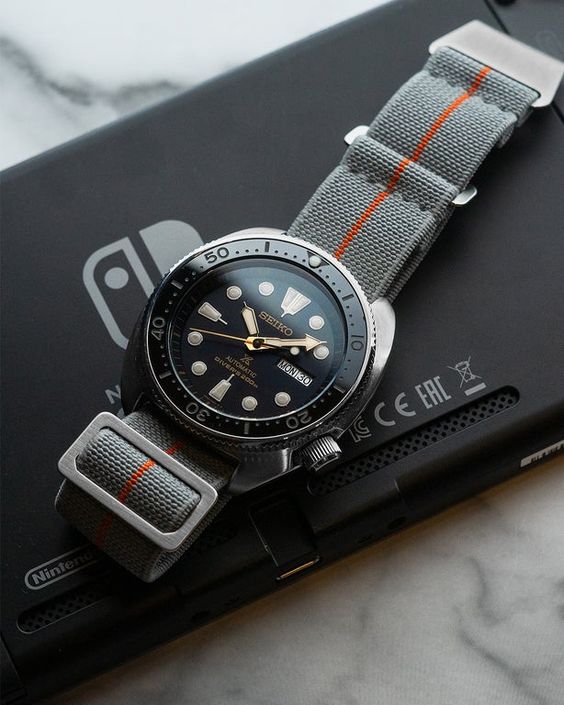 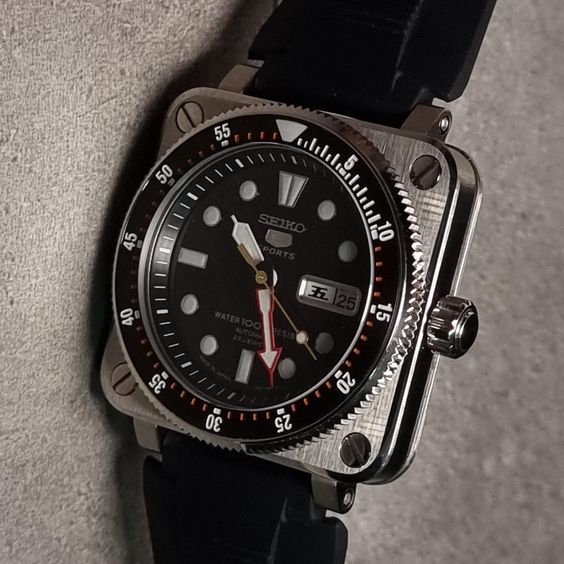 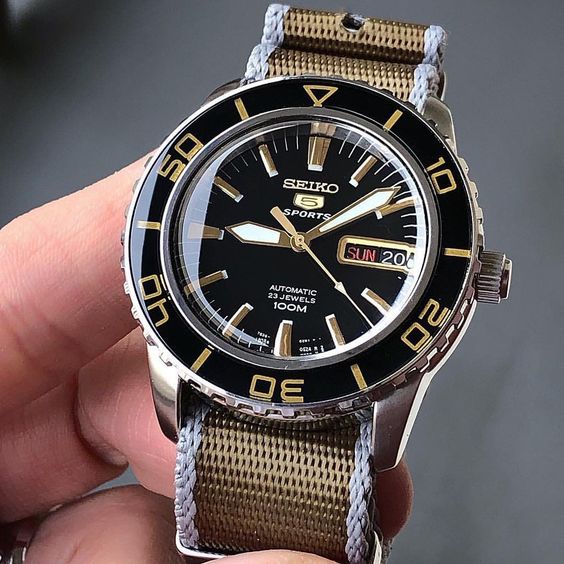 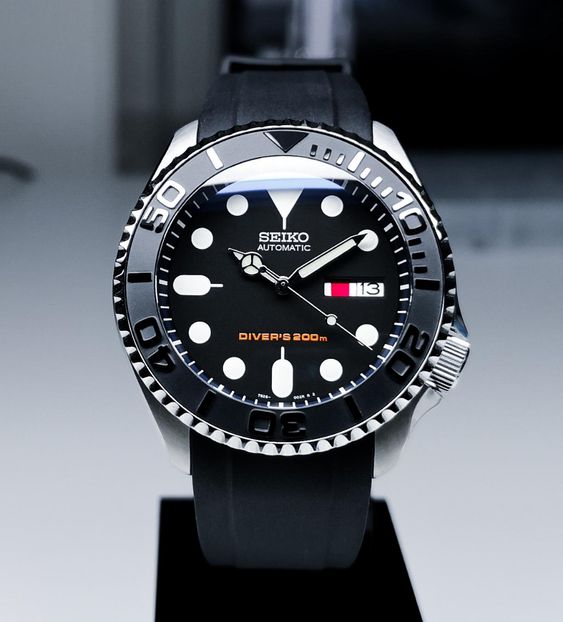 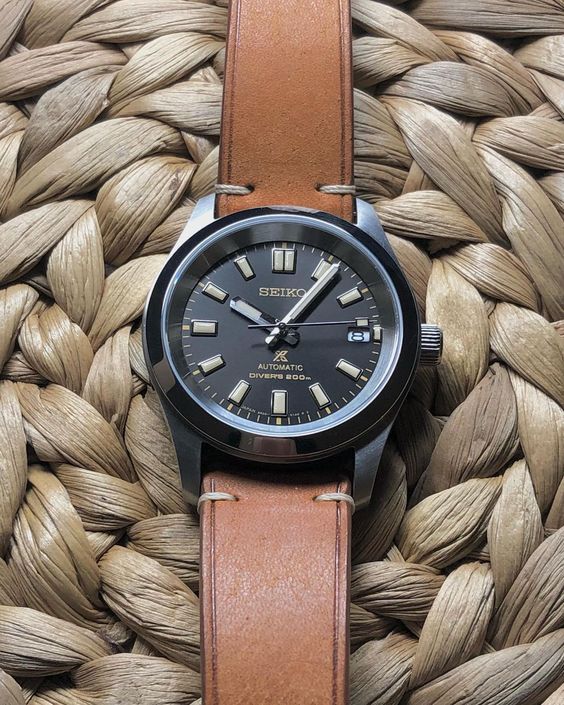 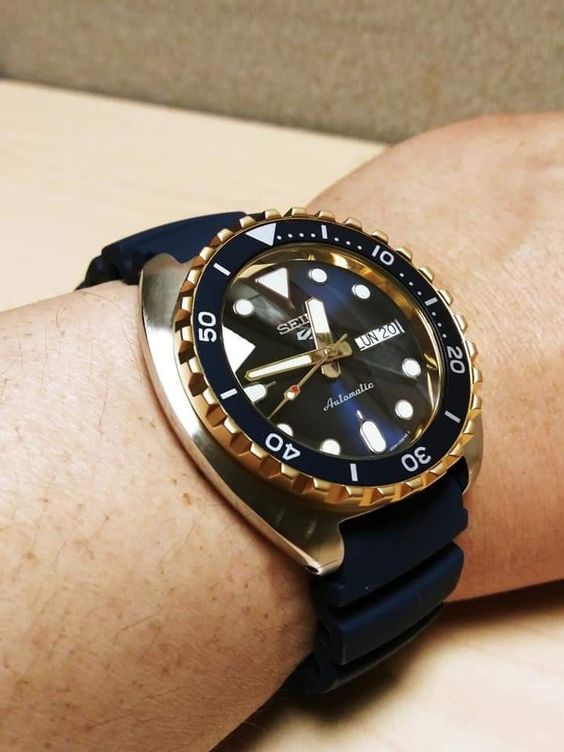 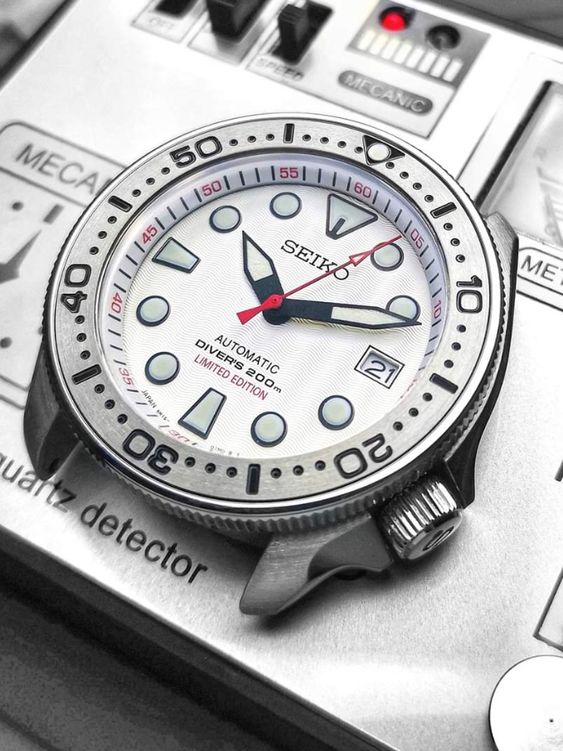 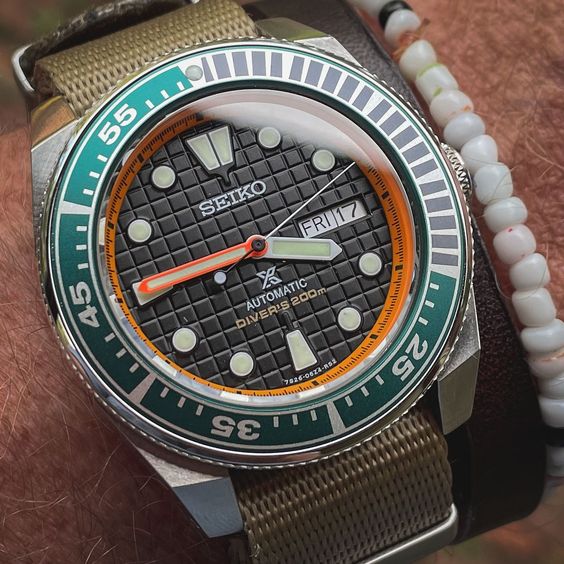 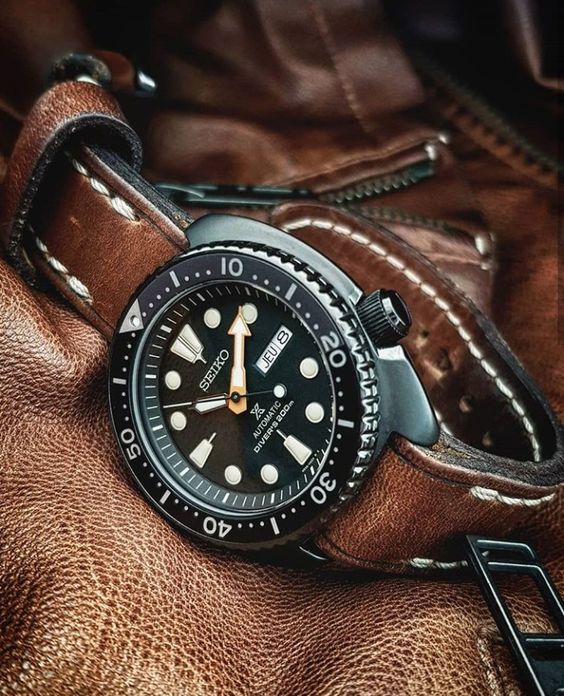 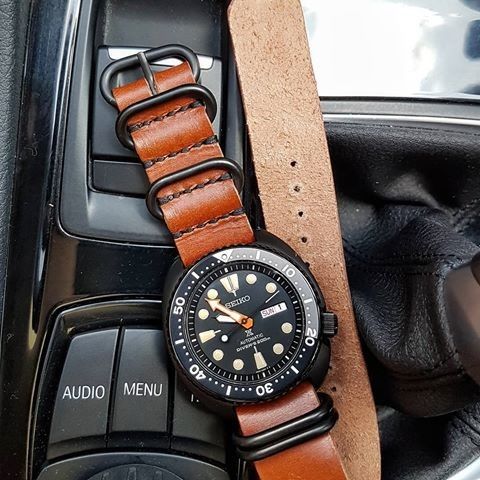 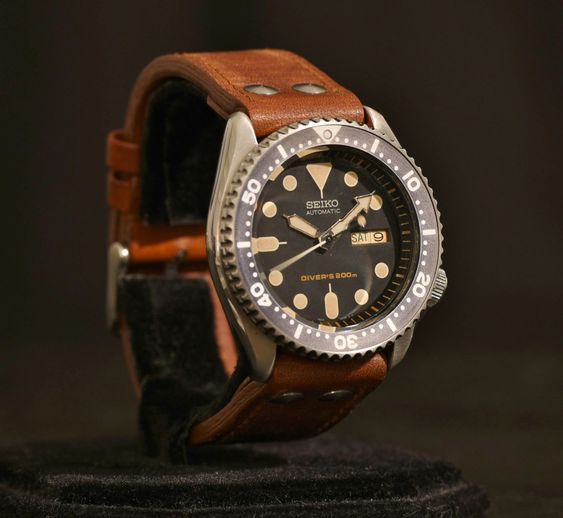 Panerai watches are known for the ability to change straps on them consistently. You are going to need a new strap holder shortly as this ten space one is filling up quickly.

I think the leather strap looks the best on the Panerai, we have collected some of our best watch bands with great rustic features we can find from Etsy.

Panerai, officially known as Officine Panerai, was founded in the 19th century in Florence, Italy, where by the turn of the century it had become the official timepiece supplier to the Italian Navy, or Marina Militare, a trademark the company still holds (and prosecutes heavily) to this day… 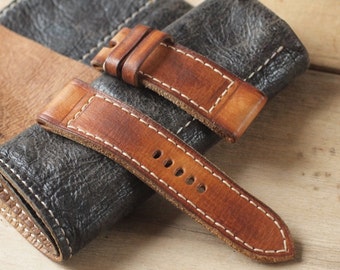 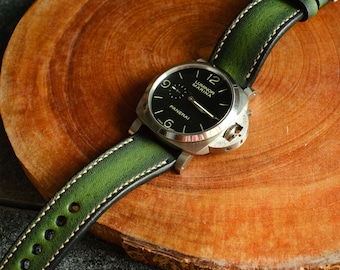 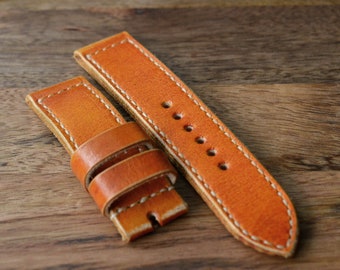 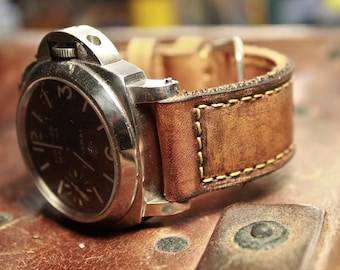 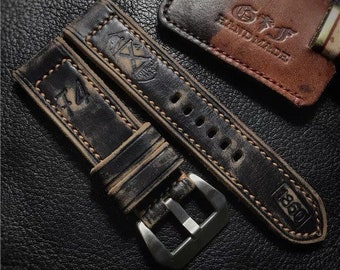 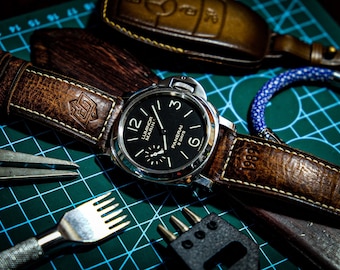 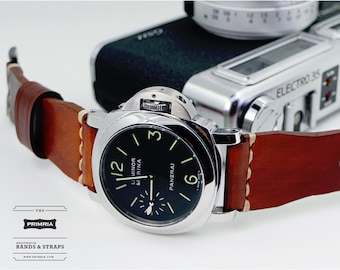 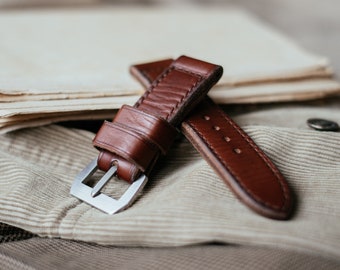 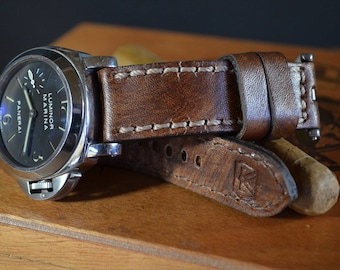 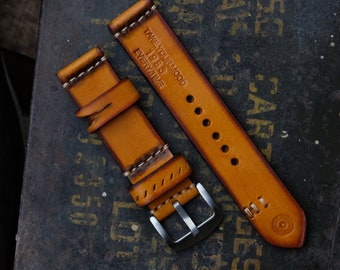 You can use a 20mm width band with:

You can use a 22mm width band with:

Since Garmin Fenix 6, your watch accept standard watch bands without a Garmin adaptor. Garmin Fenix 5 or the previous model takes two star screwdrivers to loosen the pins. When it comes to Garmin Fenix 6, which comes in two FAT spring bars, it provides flexibility when you want to change to NON-Garmin watch bands, you now have thousands of choices, look for your compatible lug width watch bands from your Fenix model. 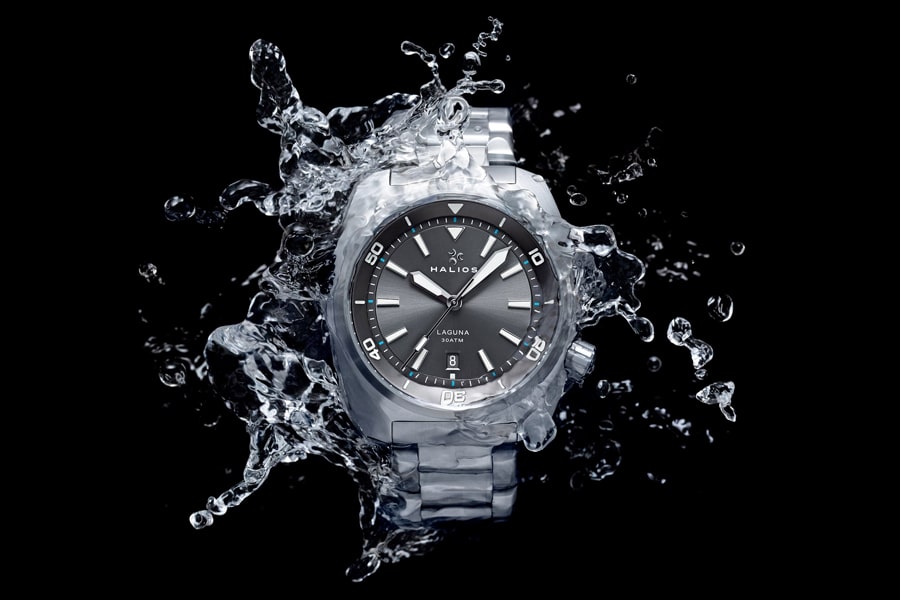 Seeking a premium microbrand diver’s watch for under $1000? Halios Watches has just what you’re looking for, presuming you can snag it in time. Born out of an online forum in 2009, the microbrand first targeted fellow hardcore enthusiasts who were fed up with corporate hyperbole. Numerous buyers have jumped on board in the time since. One glance at the Seaforth Bronze and you’ll know why. 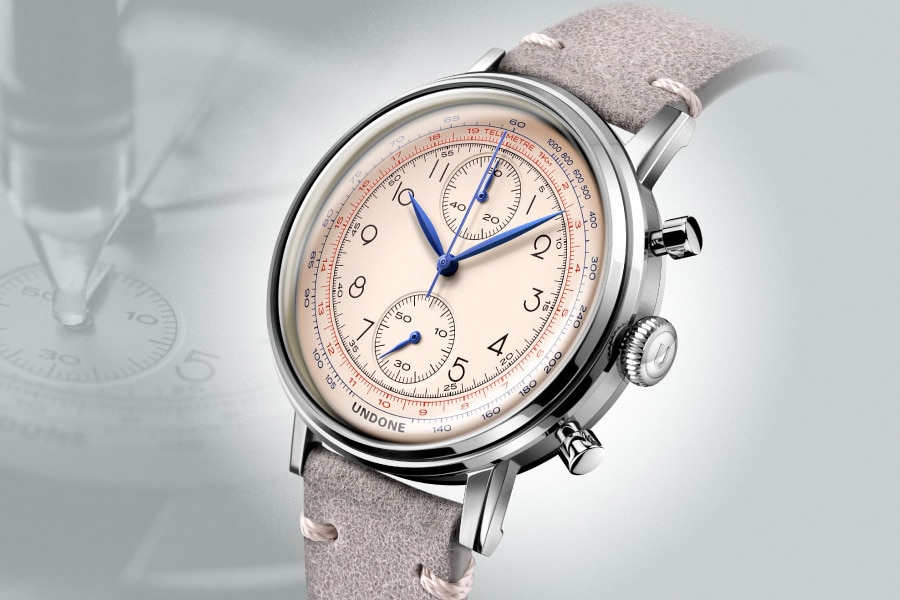 Quality and customisation reign supreme at Undone Watches, who can count us among its legion of fans. Choose between a healthy variety of core models before adding the personal touch in just about every department. Throw in some unbeatable prices and you’ll be saving money in style. And don’t forget: this independent watch brand does virtually everything in-house.

Made in Italy using Seiko movements, Unimatic’s watches are a minimalist, affordable response to the vintage timepiece trends. Its founders Giovanni Moro and Simone Nunziatom are industrial designers who’ve been been making (and selling out) watches in Italy since 2015. With a fundamentally tool-watch approach, the brand’s deceptively simple-seeming formula has been applied to a number of collections with interesting variations within each, collaborations with other brands — and even some surprising models adorned with SpongeBob SquarePants motifs. Don’t ignore their in-house cases, which are anti-magnetic and water-resistant to 300 meters, or their made-to-order options, which include engraved cases.

One major theme that has emerged in recent years among not only microbrands, but the watch industry as a whole, is vintage-style watches. It seems that every brand is looking to mid-century styles to find influence for their current designs, but few — if any — brands do this better than Baltic. Founded in Paris in 2017 by Etienne Malec as a sort of tribute to his late father’s passion for watch collecting, Baltic creates original vintage-inspired designs like their popular Aquascaphe diver and GMT. 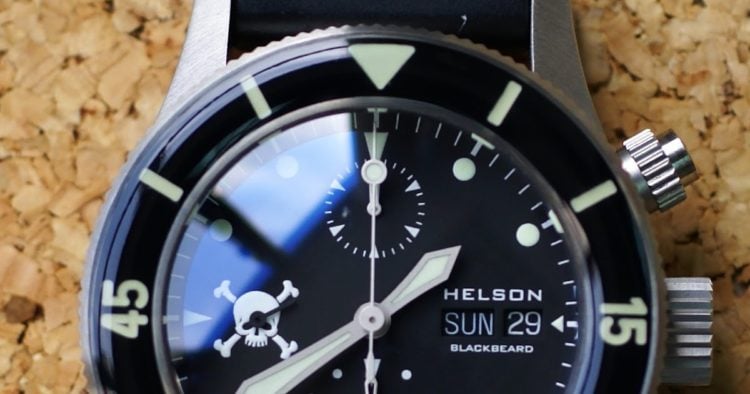 The Helson watch company was conceived by a group of divers and sports fans from Asia and Europe. Their goal was to create several lines of divers watches that are reasonably priced, yet feature premium and long-lasting materials. Most Helson watches are designed for underwater use and are built to hold up under the rigors of an active lifestyle. They contract with Superluminova, ETA and Miyota for supplies in the creation of their high-quality wrist watches. Here are the five best models that are popular choices for Helson fans that are available on the market today. There’s a very good chance that our watch bands will work with your smartwatch perfectly. Most of the smartwatches have a standard lug that is designed to accommodate to any watch band by the lug width, please reference to our fitting chart below (Updated on Feb 2018):

Measuring the distance between the watch lugs in millimeters(mm) from your watch case, It is better to measure without the watch band as this will give you a more precise measurement. the popular lug width are 20mm / 22mm / 24mm.

In some case, your watch lug width is printed on the interior of your watch band. If you see any numbers (such as 20, 22, 24) that are the lug width of your band in millimeters (or mm). If your band does not have the printed number, you can also measure the width of the band from edge to edge.

To measure your wrist circumference, you can simply wrap a piece of string or paper band around your wrist at the area where you normally wear your watch, do not give too much tension. Now you can mark a point on the string/paper where it crosses itself, and lay it flat on a flat surface and measure the distance between the marks. If you have a measuring tape on hand, it would be easier.

Please contact us if you need some help selecting the correct strap for your watch.